An Audience With Toby Jones

For the final part of the Oxford Literary Festival actor Toby Jones gave a talk at the Sheldonian Theatre with Professor Simon Kövesi. The immediate thing which struck me about Toby was his wit. 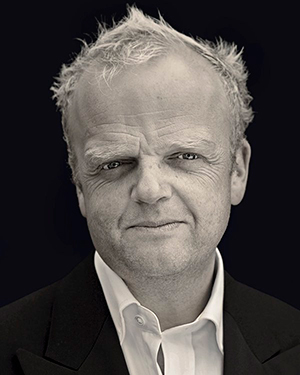 Toby comes from a theatrical family but he originally wanted to be a director rather than an actor. He realised a knack for making people laugh around a table (being younger these weren’t the people you would ordinarily be invited to socialise with). He went on to studying Drama at Manchester for three years (and joked you could end almost any assignment with a statement along the lines of ‘and this is why the death of theatre is all but imminent’).

After this he then moved to L’École Internationale de Théâtre Jacques Lecoq in Paris which was to be the making of him as an actor. Here he learned the important lesson to stop questioning what he thought the audience was thinking. Toby was candid enough to state some of the earlier performances could have been better. When you start out you are so keen to show the full range of skills and put absolutely everything into a performance, when in actual fact the performance will benefit from less range and sharper focus. He also stated the importance of ‘not over-analysing’, something he did initially.

He also talked a bit about ‘drama’ as a form of therapy. If you go to a therapist you are essentially telling a story. And indeed, you are putting yourself in someone else’s shoes.

Now that Toby is an established name he doesn’t have to as much about auditioning – the roles now come to him. He did give an interesting insight into the world of ‘tapes’ (where an actor is filmed and told to read lines usually with very little preparation – cue classic actor line: “what is my motivation?”). Most established actors did this in their earlier days and agents would fire them off to Hollywood, most never seen again. He joked that this is every actors nightmare – knowing that some of this stuff may still exist and it could resurface at any point on an embarrassing clip show.

Toby also has done his fair share of biopics, including larger than life characters such as Truman Capote, Alfred Hitchcock and Neil Baldwin. It was interesting to hear how he approached playing these well-known characters. Rather than focus just aping mannerisms, he would dig a bit deeper and question like “why did he speak like that?” (eg. Capote had a notoriously high-pitched voice, which Jones put down to his upbringing with three older women – this was the only way he would get heard). Interesting when making Marvellous, Neil Baldwin was on set during the filming (must have been an odd experience). After acting one of the more affecting and difficult scenes Neil exclaimed: ‘We’re going to win a BAFTA’. And he wasn’t wrong!

Something coming across by this point is that Toby is interested in people and looks for the empathy within a scene – he’s even managed to sell falling in love with a giant flea (yes really)!

One audience member (presumably a budding thesp himself) asked “what advice would you give to aspiring actors starting out today?”. He chose to answer this carefully, but followed it up by saying “if you the type of person who listens to advice from others about acting, then maybe acting isn’t the best choice career path”. But he rattled off a range of skills and jobs actors who don’t make it can also do – being as actors are also gifted communicators. He ended by saying “there is no real reason for an actor to ever be out of work. If you aren’t acting, write material to perform.”

I didn’t get to ask the question lurking in the back of my mind: “being as you no doubt get so many offers, how do you pick your projects?”. You’d expect a standard answer like it was a good story or it was with someone I always wanted to work with. But then you shouldn’t necessarily expect the expected with Toby Jones.

This entry was posted in Uncategorized. Bookmark the permalink.